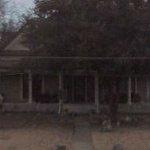 By WacoKidd110 @ 2011-09-30 20:24:30
@ 33.294456, -96.200826
Celeste, Texas (TX), US
Marker Text:
Born here on October 8, 1909, Mack Harrell received early training as a violinist. He later studied the instrument at Oklahoma City University, where he changed direction to pursue his baritone singing talent. After attending the Juilliard School of Music, he began a professional opera career and performed with the Metropolitan Opera. In 1945 he joined the voice faculty at Juilliard, and was later administrator of the Aspen Music Festival and voice professor at Southern Methodist University. A world renowned artist, Harrell died in Dallas on January 29, 1960.
Links: en.wikipedia.org
777 views

Anonymous
@ 2013-10-29 08:25:19
I never knew this man but I know his daughter Jane Harrell and he must have been a great father because his daughter is a wonderful person. This speaks volumes for a person.