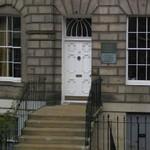 The melody is by many considered difficult to sing, and requires a vocal range of a minor fourteenth. Many Icelandic people claim to be unable to sing it. That the anthem is essentially a hymn has been the subject of controversy in recent times, but proponents point to the fact that Iceland has a state church and that Christianity is by far the most popular religion.
Links: en.wikipedia.org
498 views