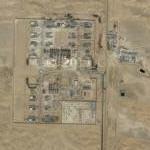 Mr. Prince, who resettled here last year after his security business faced mounting legal problems in the United States, was hired by the crown prince of Abu Dhabi to put together an 800-member battalion of foreign troops for the U.A.E., according to former employees on the project, American officials and corporate documents obtained by The New York Times.

The force is intended to conduct special operations missions inside and outside the country, defend oil pipelines and skyscrapers from terrorist attacks and put down internal revolts, the documents show. Such troops could be deployed if the Emirates faced unrest or were challenged by pro-democracy demonstrations in its crowded labor camps or democracy protests like those sweeping the Arab world this year. The U.A.E.'s rulers, viewing their own military as inadequate, also hope that the troops could blunt the regional aggression of Iran, the country's biggest foe, the former employees said.
Links: boingboing.net, myaccount.nytimes.com
2,851 views