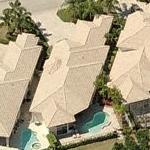 By Champion3 @ 2010-01-14 17:55:08
@ 26.64440197, -80.24031
Wellington, Florida (FL), US
Blythe Masters is Managing Director and Chief Financial Officer of J.P. Morgan Investment Bank. She is credited/blamed with creating the credit default swap. In 1997, JP Morgan, was looking for a way to loan five billion dollars in oil-spill damage money to its longstanding client Exxon without tying up cash that could be chasing new loans. Masters came up with the idea of selling off all the risk of the loan to the European Bank of Reconstruction and Development, and after that finance would never quite make sense again. Warren Buffett has called credit default swaps "financial weapons of mass destruction," and they have been partly blamed for the financial mess of 2008 and 2009.
Links: www.cthedge.org
2,448 views