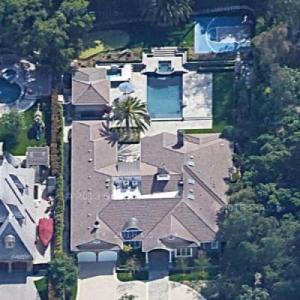 Baffert grew up on a ranch in Nogales, Arizona, where his family raised cattle and chickens. When he was 10, his father purchased some Quarter Horses and he practiced racing them on a dirt track. In his teens, he worked as a jockey for $100 a day in informal Quarter Horse races on the outskirts of Nogales. He moved from there to racing at legalized tracks, scoring his first victory at age 17 in 1970.

Bob Baffert has a net worth of $30 million dollars. It took Bob only 12 years to earn $1 million in race prizes as a rider. In 1991, he devoted himself to conditioning Thoroughbreds, a breed known for its speed, agility and spirit. He trained them for flat racing, a form of racing with a level track over a predetermined distance. He got his first big break in 1992 when he won his first Breeder's Cup race with a horse named Thirty Slews. The win came with a $1 million prize. Between 1997 and 1999 he won the Eclipse Award as outstanding trainer three years in a row and was voted the 1997 Big Sport Turfdom Award. Baffert was inducted into Lone Star Park's Hall of Fame in 2007 and in 2009 the National Museum of Racing's Hall of Fame in Sarasota Springs, New York named Baffert a finalist for induction into the Hall of Fame as a trainer. That same year Baffert was elected into the National Museum of Racing and Hall of Fame alongside one of the best fillies he trained, Silverbulletday. To date, horses trained by Bob Baffert have earned hundreds of millions of dollars in prizes and stud fees.
Links: en.wikipedia.org, en.wikipedia.org, en.wikipedia.org
23,391 views