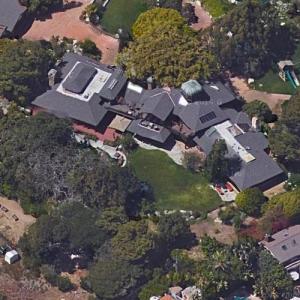 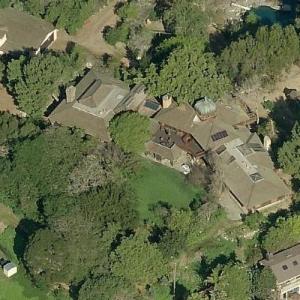 Dylan has sold more than 100 million records since that time, which makes him one of the best-selling artists of all time. In music, he has received numerous awards including a Grammy, Golden Globe and Academy Award. He has also been inducted into the Rock and Roll Hall of Fame, Minnesota Music Hall of Fame, Nashville Songwriters Hall of Fame, and Songwriters Hall of Fame. In 2008, the Pulitzer Prize jury iawarded him a special citation for "his profound impact on popular music and American culture, marked by lyrical compositions of extraordinary poetic power." And in May 2012, Dylan received the Presidential Medal of Freedom from Barack Obama.

Bob Dylan was born Robert Allen Zimmerman on May 24, 1941, in Duluth, Minnesota. Initially, he focused on rock and roll, performing covers of songs by Little Richard and Elvis Presley. The story goes that in high school, his band, The Golden Chords' performance at their high school talent show was so loud that the principal cut the microphone. After leaving high school, Bob turned his attention to folk music. By the time of his second album, The Freewheelin' Bob Dylan, in May 1963, he had begun to make his name as a singer and a songwriter. By 1965, he had achieved the status of leading songwriter of the American folk music revival.

From touring and album sales, Bob Dylan has amassed a net worth of approximately $180 million.
Links: en.wikipedia.org
181,006 views

Anonymous
@ 2020-09-15 19:26:49
Well deserved Bob. You earned every dollar with humility. Thank you for the best music in my lifetime. You've come along way from the little mining town of Hibbing, MN. If you ever read this Bob Dylan, my aunt Ruth Asplund was a teacher in Hibbing when you were in school. I wonder if you had her as a teacher.

Anonymous
@ 2020-11-22 19:20:28
I'm Bob's cousin, but he got into the isolation thing. Although my Aunt Winnie (his aunt married to Vernon) says he was really cute as a kid. But you know how people get into a "thing" and I wish he were like when he was young. He's not even from this area (where I am in CA) but he and a lot of those guys came up here and stayed around Big Sur. It's just annoying how people are "normal" and then decide to become "illusive" and not into being around people. They're not all mentally ill. It's a "thing." He's only a bit older than me. You'd think in your seventies, people would be grateful to still be around and spread the "joy." His cousin (my sister) was very famous in gymnastics, but I know he's not into it. She's a World champion. It's just annoying how people drop away and aren't as friendly and as family oriented with fame. (Except for the deep inner circle which is small.) So many people in my generation became famous because it was the time period we were in. That's what happened. Even Tim Leary. Allen Ginsberg used to be around where I'm from, Buffalo (he's from NYC), and also was in Boulder, CO, at the same time - too little space for stories. Just keep in mind there are many "famous" people but that's due to publicity. The best thing is to try to be friends (or relatives) with these people because then you know all the ins and outs. I'm just saying that I think my generation although quite out there, also has a tendency to still be unique even in retirement - I mean, they ARE old now. We're all old from that generation. Just keep in mind; we're all just people, and some get famous and some are famous in their area of expertise, and they are just people. My sister, is a famous gymnast, but I still had to share a bed with her... Just saying. They are regular people in the end. Always keep that in mind - they are just people. :)