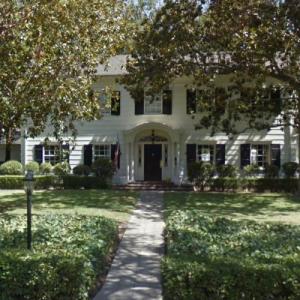 By jdubble07 @ 2014-01-19 08:01:12
@ 34.137833, -118.118198
Pasadena, California (CA), US
Mr. & Mrs. Smith is a 2005 American romantic comedy action film directed by Doug Liman and written by Simon Kinberg. The original music score was composed by John Powell. The film stars Angelina Jolie and Brad Pitt as a bored married couple surprised to learn that they are both assassins hired by competing agencies to kill each other.

A box office hit, it is also notable for marking the first real-life encounter between Jolie and Pitt; they fell in love during filming, and then started a relationship.
Links: en.wikipedia.org
1,579 views