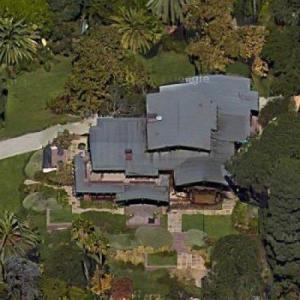 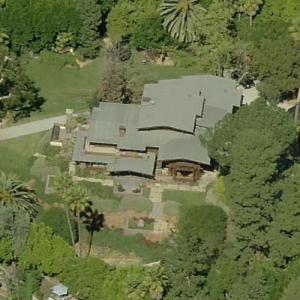 The massive and completely secluded compound actually consists of 4 conjoining properties and includes a large size pool, private tennis court and four completely remodeled buildings. The main house has 6 bedrooms and 7 bathrooms. The home in the featured photo is likely the 10,000-square-foot Los Feliz mansion Jolie bought for $24.5 million. Known as the Cecil B. DeMille estate, it sits on 2.1 acres, with six bedrooms and 10 bathrooms.

Brad Pitt is a massive name in Hollywood, with smash hit after smash hit. His success has earned him a net worth of $300 Million. No wonder considering the massive success of many of his films. His hit 1995 crime drama Seven, alone grossed $327 million worldwide.

Angelina Jolie is a bit less wealthy however, having only achieved a net worth of $100 Million. Rumors have it that as part of their divorce battle, Angelina claimed to be cash-strapped and demanded more financial support. Though it's hard to say, some point to the fact that Pitt had loaned Jolie $8 million as a down payment for the $25 million property as evidence of her dire financial straits. More likely than not, given her success Angelina has ample funds tied up in investments and was simply low on cash. Chances are likely that Jolie has more than enough money as between August 2017 and August 2018, she earned $28 million from salary and endorsements. A salary that made her the second highest-paid actress on the planet that year.
Links: en.wikipedia.org, en.wikipedia.org
129,775 views

Anonymous
@ 2020-07-30 21:41:06
I believe this is the correct Brad Pitt house. The DeMille home Angelina Jolie bought is in Laughlin Park, a gated community in Los Feliz.