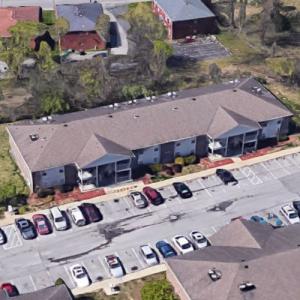 By jdubble07 @ 2020-06-11 21:10:16
@ 38.148372, -85.8150388
Louisville, Kentucky (KY), US
Breonna Taylor was a 26-year-old African-American emergency medical technician. Shortly after midnight on 13 MAR 2020, three members of the Louisville Metro Police Department executed a no-knock warrant, entering her apartment. Believing the officers were intruders, Taylor's boyfriend, Kenneth Walker, who was licensed to carry a firearm, shot at the officers, with the officers firing over 20 shots in return, hitting Taylor 8 time, killing her.

The police officers were investigating two men they believed were selling drugs, allegedly unaware the men were already in custody. The Taylor/Walker home was included in a signed "no-knock" search warrant because police said one of the men used it to receive packages. The suspected drug dealer had allegedly been seen walking into Taylor's apartment one January afternoon with a USPS package before leaving and driving to a known drug house, and the warrant said a US Postal Inspector confirmed that the man had been receiving packages at the apartment. Postal Inspector Tony Gooden has said that his office had told police there were no packages of interest being received there.
Links: en.wikipedia.org
2,150 views