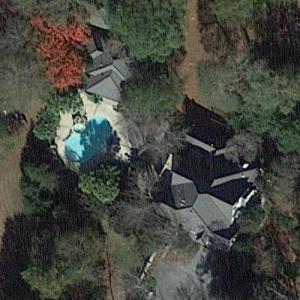 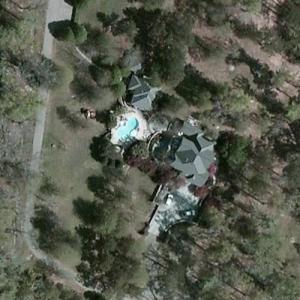 By tlp333 @ 2008-06-24 20:30:43
@ 30.935153, -90.422319
Kentwood, Louisiana (LA), US
This is pop superstar Britney Spears’ estate named "Serenity", where her mother Lynne currently lives, and where her little sister Jamie Lynn grew up. Some photos of the estate are linked below. Bought in 1999, when Britney was 18 years old after she saw her rapid rise to success. With her newfound fame Spears bought the 6,539 square foot custom-home outside her hometown of Kentwood, Louisiana. Her mom, Lynne, still lives there still and it’s where Britney stays when visiting.

Often in the news for the wrong reasons, Spears’ quick rise to fame and her young age often meant for very public snafus. For example, in January 2004, Spears married childhood friend Jason Allen Alexander at A Little White Wedding Chapel in Las Vegas, Nevada then had it annulled 55 hours later. And who could forget her relationship with Kevin Federline, who Spears has two children with. Thankfully the singer seems to be happy in her relationship with Sam Asghari. She is also well known for her nervous breakdown in 2007, where she shaved her head and attacked paparazzi. But that couldn’t stop the singer from making a brilliant resurgence, cementing a place in the pantheon of American pop icons.

The controversial pop icon has earned a net worth of $215 Million. The single "Baby One More Time" sold 500,000 copies in its first day, debuting at number one on the Billboard Hot 100, and became the fastest-selling single ever by a female artist. Today she makes $20-30 million a year thanks largely to her Las Vegas residency which began in 2013. In 2017 alone she made $34 million from her various endeavors.

In addition to this impressive property, Britney has owned a number of homes in the Los Angeles area over the years. She also owns a second mansion in Thousand Oaks that sits on 20-acres in addition to this large family compound in her native Louisiana.
Links: www.gobritney.com
49,821 views