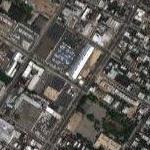 Con edison now owns the land. But they apparently have no idea they are in possesion of a 200 year old ballpark. (which effectivly makes it the oldest major leage ballpark in existance)
Links: www.forgotten-ny.com
1,446 views

Anonymous
@ 2010-12-21 15:30:25
Perhaps you're talking about Washington Park? There were 2 ballparks by that name that were home to the team eventually known as the Brooklyn, now Los Angeles, Dodgers. They played at the 2nd one from 1898 to 1912, between 1st and 3rd Streets, and 3rd and 4th Avenues. One wall of this park remains, bounding Con Edison property. If it's the park's original wall, that makes it, as of the 2010 season, 112 years old -- not 200, but probably older than any surviving piece of any former major league ballpark.