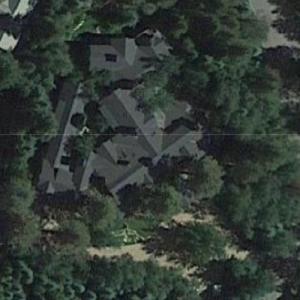 The famed stock investor Zweig owned this house prior.

Zweig was an American stock investor, investment adviser, and financial analyst. According to Forbes magazine, he was renowned for his "eccentric and lavish lifestyle" as well as having had the most expensive residence in the United States at the time, atop The Pierre on Fifth avenue in Manhattan. It was listed on the New York City real estate market in 2004 for $70 million and in March 2013 for $125 million.

Following high school, he earned degrees from three business schools, including a BSE from the Wharton School of the University of Pennsylvania in 1964, an MBA degree from the University of Miami in 1967, and a Ph.D. in finance from Michigan State University in 1969. He later taught finance at Iona College and Baruch College.

This home is 15,000 sq ft. The Smiths live in San Antonio and have a home in Indian Wells.
Links: en.wikipedia.org
422 views