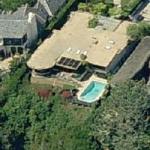 Bruce and Stephan, built the company into the largest landowner in the Western U.S., with assets valued at about $4 billion during the real-estate boom. Bruce, the company's chief executive, had a personal fortune estimated at about $300 million in 2007. SunCal has shrunk from about 500 to 100 employees, closed several divisions and sold its corporate jet.

SunCal still is suffering a big hangover from the go-go years. It is battling in bankruptcy court with the Lehman estate over more than 20 poorly timed California land deals. The failed investment bank had invested more than $2.2 billion into SunCal deals.

In a worst-case scenario in bankruptcy court, SunCal faces more than just the loss of the land. Bruce Elieff has signed about $230 million in bond guarantees that could be enforced if Lehman gains control of the projects.
Links: www.suncal.com
1,773 views