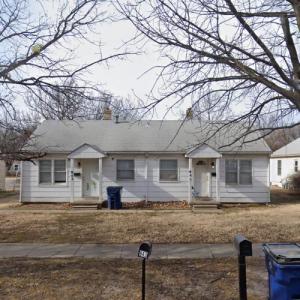 On December 8, 1977 Dennis Rader broke into the home of Nancy Fox and hid in her closet until Fox returned home. After binding and killing her, Rader then called the police from a nearby payphone and reported the murder. At the time, police had only recently begun to record the calls and managed to capture Rader's voice on tape. The call was replayed on local television and radio stations in hopes someone in Wichita might recognize the killer's voice. However no one did and Rader remained on the loose and free to kill again.

Please keep in mind that this is a private residence, we ask that you not trespass on the property, knock on the door or disturb the residences.
Links: en.wikipedia.org, www.youtube.com
4,807 views