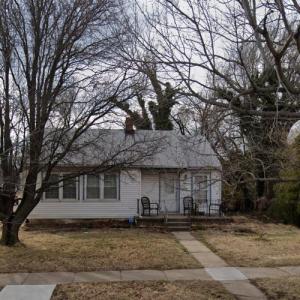 His moniker of BTK was also his M.O. in the killings, Bind, Torture and Kill.

The Otero family is considered the first of Rader's victims. On January 15, 1974, Rader broke into this house tied up the family and killed them. Among the victims were the husband, wife and their two young children. Joseph Otero Jr. age 9 and his sister, Josephine Otero age 11.

Please keep in mind that this is a private residence, we ask that you not trespass on the property, knock on the door or disturb the residences.
Links: en.wikipedia.org
2,588 views