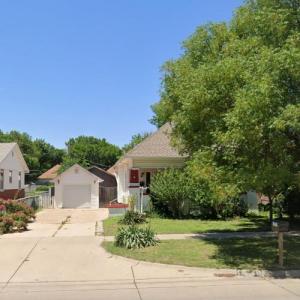 After his intended victim failed to answer the door, Rader, posing as a private investigator followed a small child to his home and asked to speak to his mother. When Shirley Vian, a mother of three, came to the door Rader produced a gun and pushed his way into the home. After putting the children into the bathroom and tying a rope to the bathroom door so the children couldn't escape, Rader then proceeded to bind and strangle Shirley Vian as her children listened in horror. In a jail house confession Rader said had he not been interrupted he would have murdered the children as well.

Please keep in mind that this is a private residence, we ask that you not trespass on the property, knock on the door or disturb the residences.
Links: en.wikipedia.org
1,218 views