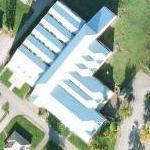 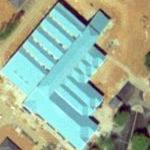 Buckmore Park Scout Centre had to close in June 2005, due to financial problems.

UPDATE: (March 2007) Work has commenced on making Buckmore Park available for Scout and Guide camps again. It is hoped that Buckmore Park Scout Campsite will host a reopening camp for Scouts from Medway and Strood in May 2007.


[edit] History
Buckmore Park Scout Centre's old buildings were demolished recently because of widening work on the adjacent motorway. These were replaced by a new £20million sports centre.

The old buildings included a swimming pool, a hall with roller-blade rental, a shop, and offices.

The new buildings include a better swimming pool, a conference centre, air rifle range, archery, a sports hall, a café, accommodation, climbing, among other facilities.

There are other facilities on the site, such as a caving network, an assault course, an outdoor rifle and archery range, and lots of woodland.

Both the old and new facilities on the site were used and enjoyed by both scouting and non-scouting groups alike, and have been sorely missed, with the last event there being the final camp fire in June 2005.

The site had been struggling to keep running since it went into administration in April 2003, but it was not generally seen as likely that it would have to close. However, it was forced to close, and there have been a number of rumours as to the reasons why the site had to close, but it is quite hard to define what the problems actually were, and how they could have been avoided.
Links: news.bbc.co.uk
1,263 views