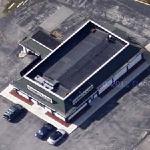 Just after 11:00 PM on Friday, November 17, 1978, four young employees of a Speedway, Indiana, Burger Chef restaurant located at 5725 Crawfordsville Road disappeared. They were kidnapped during what was believed to be a botched robbery. The murdered bodies of Jayne Friedt, 20; Daniel Davis, 16; Mark Flemmonds, 16; and Ruth Ellen Shelton, 18, were found that Sunday afternoon over 20 miles (32 km) away in the rural woods of Johnson County, Indiana. Both Davis and Shelton had been shot execution-style numerous times. Friedt had been stabbed twice in the chest. The handle of the knife had broken off and was missing; the blade was later recovered during an autopsy. Flemmonds had suffered a blunt force head injury, possibly from running into a tree while trying to escape. It was later determined that he had been bludgeoned prior to his death.

The case was never solved, despite thousands of hours of investigation and a Burger Chef offer of $25,000 for information that could lead to its resolution.
Links: en.wikipedia.org
6,205 views