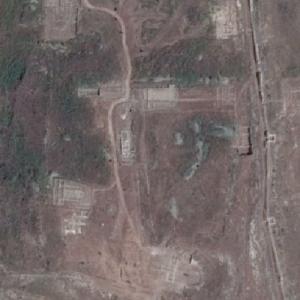 The city had a 2,200m long wall surrounding it with 6 gates, Sections of the wall and many building foundations including an open air theatre remain at the site.
Links: en.wikipedia.org
345 views