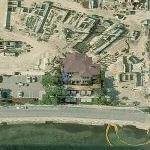 Note: The building is only available in west-facing Bing BEV while zoomed out 2-3x. When the new condo tower was being constructed behind the building, a crane fell and destroyed this building. It was not reconstructed.
Links: en.wikipedia.org
1,166 views