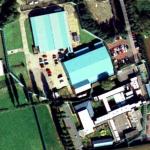 As the name suggests, some people detained at Campsfield House are being held there with a view to their removal (there is a legal difference between removal and deportation).


Under powers given by immigration legislation, people are also routinely detained to ascertain their identity - many asylum seekers have to use false documents to enter the UK. Others are held while their claim for asylum is being processed, particularly if the Home Office believes that the case can be dealt with quickly. People are not detained at Campsfield because they have committed a crime, and there is no statutory time limit on their detention, which is 'administrative'.

The centre is operated by Global Solutions Limited under guidelines issued by the Home Office.