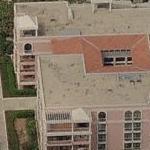 He lost $500 million he invested with Bernie Madoff.

He has a condo in Boston where he lives part of the year.
Links: en.wikipedia.org
1,060 views

He has homes in Bristol, RI., and Boston, MA.

He lives in Roslyn, NY.

borlefborlef
@ 2010-11-08 16:46:31
Avram J. Goldberg has a condo here. He is chairman and chief executive; his wife, Carol R. Goldberg, is president and chief operating officer of Stop & Shop, the 9th largest grocery store chain in America.

They live in Boston, MA.

Nabors is a Bermuda-based energy company with a +$6 billion market cap in 2010.

He, like 7 others in this complex, invested money with Madoff.

The business school at UMass is named after him.

He owns homes in Naples, Fl. and Boston, MA, as does his son James Curvey Jr.

Mr. Zuckerberg is currently a Senior Director of The Goldman Sachs Group, Inc. after stepping down as Vice Chairman of the firm, a member of it Executive Committee and head of its Equities Division in 1998.
He joined Goldman Sachs in 1967 and in 1976 became a General Partner.
In 2004, Mr. Zuckerberg became a Founder and Chairman of Samson Capital Advisors.

He attended Lowell Technology Institute and was in the Army.
In 2002, he received the President?s Medal from the University of Massachusetts. In May 2009, Mr. Zuckerberg received a Doctor Philosophiae Horis Causa from Ben-Gurion University of the Negev.

He has homes in NYC and the Hamptons.

He lives in Belmont, MA.

He lives in Atlanta, GA.

In 1939, Mr. Belfer arrived in the United States as a penniless immigrant from Poland. He made his fortune in the oil and gas business. He founded Belco in 1953, which engaged in exploration and development mainly in Wyoming and Peru and grew to be one of the Fortune 500 largest industrial companies.

Listed on the New York Stock Exchange in 1962, Belco merged in 1983 with what is now Enron Corporation, the Houston-based gas pipeline and production company. Mr. Belfer was a director and major shareholder of Enron until his death.

Mr. Belfer had been a dealer in feathers and down in Cracow, Poland. He arrived in New York on a business trip four days after the Nazi invasion of Poland and found his money was worthless. Persuading a New York broker to purchase feathers in Europe, he set up the Belfer Corporation, which manufactured down sleeping bags for the Armed Forces. In 1950, he branched out into the foam rubber business and later into petroleum products.

His son, who cashed out $53 million in Enron Stock also has a home in Palm Beach.

He has homes in the Hamptons and NYC.

borlefborlef
@ 2010-11-08 18:16:10
Steven Tananbaum owns a condo here. He is the founder of GoldenTree Asset Management, which has grown to an organization of 21 partners, 175 employees and over $11 billion of assets under management.

Prior to forming GoldenTree, Mr. Tananbaum joined MacKay Shields as an investment specialist in 1989 and became head of their high yield group in 1991. In 1997, Mr. Tananbaum formed and was lead portfolio manager of the firm’s hedge fund area.

After his military service, Mr. Marden had a long and successful career in the business world. He partnered with J.H. Whitney in the Circuitron Corp. electronics company, then later founded the Marden-Kane marketing agency.

He also founded Odd Lot Trading, a wholesaler and retailer of overstock and closeout items.

Mr. Marden also was a financier and private investor. He was a board member for several companies and was a director of the New Jersey-based Medco Containment Services, which in 1993 was sold to Merck for more than $6 billion.

He has a home at 2 commonwealth, same place Carl Shapiro has a home in Boston.