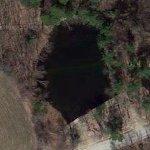 Residents from Mont Vernon, N.H., had pejoratively dubbed it “Jew Pond” in the 1920s after two Jewish businessmen from Boston bought a hotel there, the Los Angeles Times reported. The businessmen wanted to reopen the hotel for Jewish guests, who had been banned from the hotel – and from most hotels in New Hampshire.
Links: www.nbcnews.com
736 views