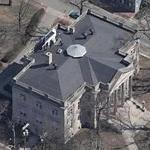 Lexington's library has a long, distinguished history. Established in 1795, it is now the oldest institution of its kind in Kentucky and possibly the oldest in the west. The library was started with 400 books, which were added to the collection that already existed at the Transylvania Seminary. The library was based on subscription wherein people paid for the use of the library holdings. In 1898, Lexington was deemed a second-class city by the Kentucky Legislature and this classification enabled the city to acquire and conduct a free library.

The Carnegie Library, also known as the Lexington Public Library, was built in 1906 as a gift to the city of Lexington from the Andrew Carnegie Foundation. Steel magnate Andrew Carnegie donated $60,000 of his approximate $550 million fortune to the city for the construction of the library building. To receive its donation, the Carnegie Foundation required the city to provide a site for the library and to appropriate funds for the library's upkeep. The new building was constructed of Bedford limestone and was built for a sum of $75,000. Thereafter, the contents of the library were moved to their new home, a beautiful Neo-Classical building at the southern end of Gratz Park.

During the late 1980s the Lexington Public Library built a new, larger central branch on East Main Street to accommodate its growing collection. The Carnegie Library is now the home of the Carnegie Center for Literacy and Learning. This organization provides many free, public programs to help spread literacy and to promote reading among children.
Links: www.cr.nps.gov
1,274 views