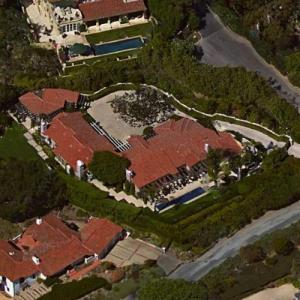 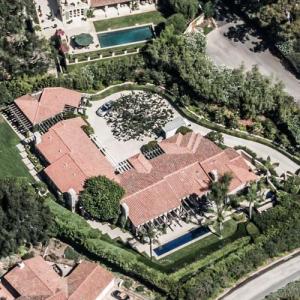 With vaudeville roots, The Carol Burnett Show was a variety show that combined comedy sketches with song and dance. The comedy sketches included parodies and character bits. Burnett created memorable characters, and both she and the show won numerous Emmy and Golden Globe Awards. Truly ahead of her time Burnette’s comedy would define a generation. Her influence is still felt today, though no one has been able to match her talent or charisma. Her story is one of America’s most treasured, as a clear representation of what it takes to make it. Almost literally rags to riches, from adverse beginnings to the height of showbiz.

Burnette her first Emmy Award in 1962 appearing on The Garry Moore Show. Burnett has written and narrated several memoirs, earning Grammy nominations for almost all of them
In 2005, she was awarded the Presidential Medal of Freedom. Truly one of America’s greatest stars. A national treasure beloved by generations.

This beautiful home was recently listed with a $36 million dollar asking price. The one-story home has seven bedrooms and sits on about an acre of land. The property also has views of the Pacific Ocean and islands off the coast.

Over the course of her star studded career and critically acclaimed career, Burnette earned $25 Million in net worth. Truly one of America’s most talented performers ever to grace television, Burnette is one of pop cultures most revered figures.
Links: en.wikipedia.org
19,496 views

Anonymous
@ 2020-09-04 20:46:37
I would love to send Carol Burnett a letter and photos of my huge Memerabillia collection of her. Many one of a kind pieces. Maybe her children or grandchildren would like to have.