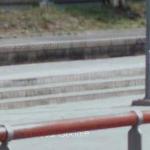 By GlobalPlayer @ 2010-06-26 03:03:26
@ 41.266796, 1.956709
Castelldefels, Spain (ES)
The Castelldefels train accident occurred on 23 June 2010 when a passenger train struck a group of people who were crossing the railway on the level at Platja de Castelldefels station near Barcelona. Thirteen people were killed, and fourteen were injured. The majority of the victims are believed to be of Latin American origin, particularly from Ecuador, Peru, and Colombia. It was the worst railway accident in Spain since a collision between a passenger train and a freight train at Chinchilla de Monte-Aragón in June 2003 killed 19 and injured 38 people.
Links: en.wikipedia.org
4,851 views