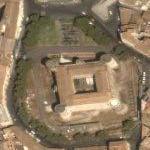 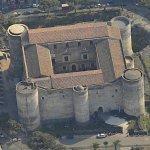 By kjfitz @ 2005-06-28 00:26:34
@ 37.498956, 15.084486
Catania, Italy (IT)
It is an austere and solid-looking structure built on the sea-front by Frederick II of Swabia, now not so close to the sea because of the lava flow that invaded the city in 1669 pushing the water offshore. The castle derives its name from the Roman consul Arsinius or possibly from the Orsinis, a Roman family who refuged here in the Middle Ages after being banished from Rome for siding with the Ghibelline sympathisers (who supported the emperor against the church). The castle is square in plan, with a large round tower at each corner and two additional towers half-way along two sides.
Links: www.italyworldclub.com
692 views