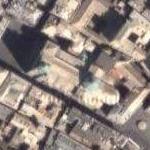 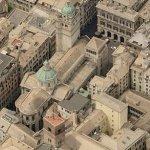 By kjfitz @ 2005-11-02 10:29:33
@ 44.407443, 8.931166
Genoa, Italy (IT)
Genoa's cathedral, dedicated to San Lorenzo was erected in the 5th-6th century, when it was used by the first Christians, as we can see from the Roman walls and floors found after some excavations. Some pre-Christian sarcophagi that were found under the parvis make us presume that there was a secular graveyard. The church became cathedral in the 9th century, replacing the functions of the Twelve Apostles' church. This change brought about an urban development, where walls were erected in 1155, and the area became the centre of the city. In medieval times, the wide parvis of the church, which once was the only public area, was the main stage of the political and civil life of Genoa. In the 12th centre the holy building was rebuilt with Romanesque style and in 1133 the church was made the seat of the archbishop.

The riots between Guelfs and Ghibellines severely damaged the church and was in part rebuilt; the façade was completed between 1307 and 1312, between the 14th and the 15th century altars and chapels were built, even though the original Romanesque style remained predominant, and the monument of the north-eastern tower of the façade dates back to 1455, whilst the other one, in Mannerist style, dates back to 1522. During the 17th century the nave and aisles, floor and apse were covered, with a project by Galeazzo Alessi dating back to the 16th century. The last renovation works were carried out at the beginning of the last century. Very interesting is the Treasure kept in the Cathedral.
Links: www.provincia.genova.it
595 views