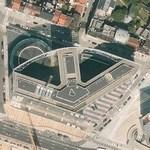 By DonMartini @ 2007-04-27 05:49:41
@ 50.843813, 4.380407
Brussels, Belgium (BE)
The Charlemagne building (Bâtiment Charlemagne) is a skyscraper in Brussels (Belgium) which houses offices of the European Commission relating to enlargement, interpreting and trade in addition to a number of advisers.


Inside CharlemagneIt has 17 floors and was constructed in 1967. It has been recently renovated by Helmut Jahn, replacing the largely concrete exterior with a glass one. After the restoration it was occupied by the Commission, previously playing host to the Council of the European Union from 1971 to 1995.