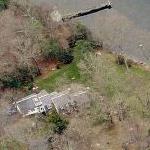 He previously served as Vice President and General Counsel of Carrier Corporation from 2005-2007 and as Executive Assistant to the Chairman and CEO of UTC from 2002–2005. He joined UTC in 1994, and has held various legal positions throughout the company, including Vice President, Legal Affairs for Carrier’s Asia Pacific Operations based in Singapore and Sydney, Australia, Assistant Counsel for Pratt & Whitney, Large Commercial Engines based in Singapore, and as Assistant Counsel for Pratt & Whitney Group in East Hartford, Connecticut. Prior to joining UTC, he was an Associate in the Trial and Appellate Department at the law firm of Robinson & Cole based in Hartford, Connecticut. He received a Bachelor of Arts degree from Yale University and a Juris Doctor from Boston College Law School, where he was an Editor of the Boston College Law Review. He clerked for Justice Robert D. Glass on the Connecticut Supreme Court. He is a member of the Connecticut Bar and is a James W. Cooper Fellow of the Connecticut Bar Foundation.