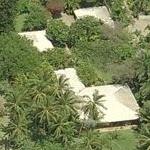 By Champion3 @ 2012-07-13 23:20:43
@ 20.70044653, -156.44453371
Kihei, Hawaii (HI), US
Cher is an American recording artist, television personality, actress, director, record producer, and philanthropist. Referred to as the Goddess of Pop, she has won an Academy Award, a Grammy Award, an Emmy Award, three Golden Globes, and a Cannes Film Festival Award for her work in film, music, and television. She is the only person in history to receive all of these awards. She is the only artist to reach #1 on a Billboard chart in each of the past six decades. Some of her most popular songs are "Believe", the best-selling single of 1999, and "If I Could Turn Back Time". She holds the Hot 100 record for the longest hit-making career span, with 33 years between the release of her first and last Billboard Hot 100 #1 singles (1965 and 1999) and 45 years between her first and last #1 ranking on any Billboard chart. Cher ended her 3-year-long "Farewell Tour" in 2005 as one of most successful tour by a female solo artist of all time. Cher has sold over 100 million albums worldwide. After a three-year hiatus and retirement from touring, she returned to the stage in May 2008 at Caesars Palace in Las Vegas where she performed her show Cher at the Colosseum until February 2011. She has a deep contralto vocal range that spans 3 octaves & 3 notes, from a baritone C3 up her falsetto F6, which is above Soprano C. This home was purchased through her Inshallah Trust. Cher's net worth is around $200 million.
Links: en.wikipedia.org
2,604 views