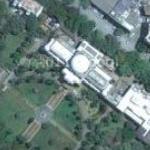 By kjfitz @ 2011-10-01 10:22:50
@ 18.92658, 72.832422
Mumbai, India (IN)
The Chhatrapati Shivaji Maharaj Vastu Sangrahalaya, formerly Prince of Wales Museum of Western India, Mumbai (formerly Bombay), India was founded in the early years of the 20th century by some prominent citizens of Bombay, with the help of the government, to commemorate the visit of the then Prince of Wales. It is located in the heart of South Mumbai near the Gateway of India. The museum was renamed in the 1990s after Shivaji, the founder of Maratha Empire.
Links: en.wikipedia.org
828 views