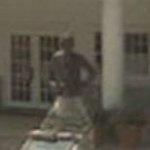 By WacoKidd110 @ 2011-11-13 10:43:43
@ 35.529898, -82.97171
Lake Junaluska, North Carolina (NC), US
Junaluska was a peace-loving Chief in Western North Carolina. When Lake Junaluska was established, the name selected was that of the mountain keeping vigil over the lake-Junaluska Mountain - Honoring the chief. Chief Junaluska, member of the famous Cherokee regiment, served with distinction in the War of 1812 and the Battle of Horseshoe Bend, was credited with saving General Andrew Jackson's life, and was recognized for his military service. He was in the removal to Oklahoma in 1836 but returned to N.C. He was awarded full rights of citizenship and a grant of land near Robbinsville, where he is buried. Presented by Native Americans and Friends in the Southeast.
Links: www.thomaslegion.net
533 views