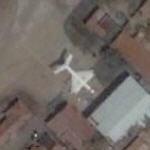 Unlike the earlier XTW craft the XTW-4 is intended for sea operation. For the construction a new type of high strength, corrosion resistant aluminium alloy has been used. All primary control surfaces of the XTW-4 are operated by rod-cable systems, hydraulics are used to operate the taxiing gear.
Links: www.se-technology.com
3,124 views