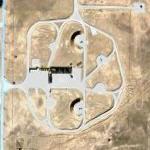 The Lavochkin OKB S-75 (Russian С-75, NATO reporting name SA-2 Guideline) is a high-altitude surface-to-air guided missile (SAM) system of the Soviet Union and is the most widely deployed and used air defense missile in history.

They gained notoriety when they shot down a USAF U-2 spy plane in 1960, and during the Vietnam War when they were briefly the cause of much consternation among US air-war planners. It has also been locally-produced in the People's Republic of China as the HQ-1 and HQ-2.
Links: en.wikipedia.org
2,075 views