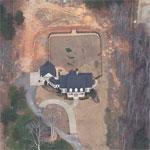 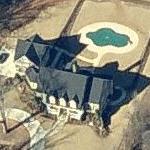 By jbottero @ 2007-07-03 16:59:09
@ 33.393619, -84.520773
Fayetteville, Georgia (GA), US
On June 25, 2007, Chris Benoit, his wife Nancy, and their 7-year-old son Daniel were found dead in their Fayetteville, Georgia, home at around 2:30 p.m. EDT. The Fayette County, Georgia Sheriff's Department is currently investigating this case. Lieutenant Tommy Pope reported to ABC News that police entered Benoit's home on a "welfare check" after several missed appointments, leading to concerns. Pope also stated the police are not searching for any suspects outside of the house, as the instruments of death were located at the scene of the crime. Detective Bo Turner of the Fayette County Sheriff's Department told television station WAGA-TV that the case was being treated as a murder-suicide. The station reported that investigators believe that Benoit murdered his wife and son over the weekend and committed suicide sometime on Monday.

Benoit was best known is his time as a professional wrestler. During his 22-year career, Benoit worked for numerous promotions including the World Wrestling Federation/World Wrestling Entertainment (WWF/WWE), World Championship Wrestling (WCW), Extreme Championship Wrestling (ECW), and New Japan Pro-Wrestling (NJPW). Benoit held 22 championships between WWF/WWE, WCW, NJPW, and ECW. He was a two-time world champion, having been a one-time WCW World Heavyweight Champion, and a one-time World Heavyweight Champion in WWE. Benoit was the twelfth WWE Triple Crown Champion and seventh WCW Triple Crown Champion, and the second of four men in history to achieve both the WWE and WCW Triple Crown Championships. He was also the 2004 Royal Rumble winner, joining Shawn Michaels as the only two men to win a Royal Rumble as the number one entrant. Benoit headlined multiple pay-per-views for WWE, including a victory in the World Heavyweight Championship main event match of WrestleMania XX in 2004.

In a double-murder and suicide, Benoit murdered his wife on June 22, 2007, his son on June 23, 2007, and hanged himself on June 24, 2007. Research suggests depression and chronic traumatic encephalopathy (CTE), a condition of brain damage, from numerous concussions are likely contributing factors leading to the crimes
Links: www.thesmokinggun.com, www.celebritydetective.com
43,364 views