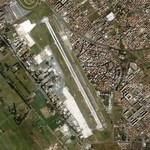 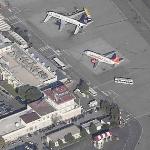 By DonMartini @ 2006-05-08 15:40:09
@ 41.798704, 12.598743
Ciampino, Italy (IT)
Ciampino Airport (Italian: Aeroporto di Roma-Ciampino) or Giovan Battista Pastine Airport is a joint civilian, commercial and military airport near Rome in Italy. It formerly served as a military airbase until it was opened by the Italian government to commercial air traffic with the introduction of Ryanair and Icelandair service. Ciampino Airport became a popular alternative to the heavily congested Leonardo Da Vinci International Airport.
1,132 views