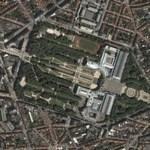 By DonMartini @ 2006-02-24 04:37:25
@ 50.840866, 4.391592
Brussels, Belgium (BE)
In 1880 Belgium celebrated the 50th anniversary of its independence. Therefore, king Leopold II wanted to have a world exhibition organized in Brussels. For its location a former military exercising ground outside of the center of the city was chosen, the so-called "Linthout" plains. In this exhibition the world would be able to see that the new state of Belgium was prospering and able to take its place between the important nations of Europe. In the second half of the 19th century Leopold II had acquired the Congolese colony in Africa which supplied him with considerable financial possibilities. He decided to use a part of his new fortune to give Brussels the outlook of an important European city. One of his realizations was this Cinquantenaire park with its imposing monuments.
1,153 views