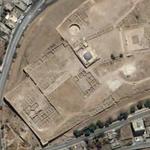 By kjfitz @ 2006-06-18 00:36:05
@ 31.954875, 35.935936
Amman, Jordan (JO)
The Citadel is the site of ancient Rabbath-Ammon, and excavations here have revealed numerous Roman, Byzantine and early Islamic remains. The most impressive building of the Citadel, known simply as al-Qasr ("the Palace"), dates back to the Islamic Umayyad period. Its exact function is unclear, but it includes a monumental gateway, an audience hall and four vaulted chambers. A colonnaded street also runs through the complex. To the north and northeast are the ruins of Umayyad palace grounds.
Links: www.kinghussein.gov.jo
2,081 views