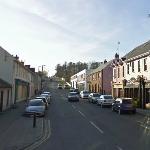 By kkeps @ 2013-04-29 18:51:56
@ 54.911865, -7.153598
Claudy, United Kingdom (GB)
The Claudy bombing occurred on 31 July 1972, when three car bombs exploded mid-morning on the Main Street of Claudy in County Londonderry, Northern Ireland. The attack killed nine civilians, and became known as "Bloody Monday". Those who planted the bombs had attempted to send a warning before the explosions took place. The warning was delayed, however, because the telephones were out of order due to an earlier bomb attack.[2] The Provisional Irish Republican Army (IRA) issued an immediate denial of responsibility, and later claimed that "an internal court of inquiry" had found that its local unit did not carry out the attack.
Links: en.wikipedia.org
344 views