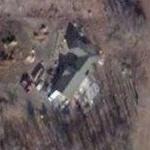 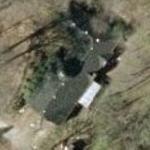 By tlp333 @ 2008-01-27 11:44:43
@ 35.937797, -80.347475
Clemmons, North Carolina (NC), US
Clint Bowyer, the NASCAR driver lives here. Bowyer is an American professional stock car racing driver. He currently competes full-time in the NASCAR Cup Series, driving the No. 14 Ford Mustang for Stewart-Haas Racing. Clint Bowyer has a net worth of $40 million. Born in Emporia, Kansas on May 30, 1979, Clint Bowyer began racing at an early age which has led to a very successful professional career. He has won over 200 races plus several championships during his career. Bowyer's outstanding achievements caught the attention of car owner Richard Childress who offered him a place on his team. Bowyer began racing for Richard Childress in 2004, coming in second place at the Phoenix and Auto Club Speedway in 2004 and the 2005 Busch season. He won the Budweiser pole position for Dodge Avenger 500 at Darlington Raceway in 2007. In the same season, Bowyer won his first NEXTEL Cup race as well as the Busch Series wins: Bashas' Supermarkets 200 and Circuit City 250. The following year, Bowyer won the NASCAR Nationwide race. After eight years with Richard Childress, Bowyers signed a three year contract with Michael Waltrip in 2012. He dominated the race at the Toyota/Save Mart 250 at Sonoma and won the MWR. In 2008, Bowyer started his own racing team, Clint Bowyer Racing. Prior to driving for Stewart-Haas Racing, he drove for HScott Motorsports for one year, Michael Waltrip Racing for four years, and Richard Childress Racing for eight years. Bowyer won the 2008 Nationwide Series championship driving for RCR. The team included racers Shannon Babb and Dale McDowell. Bowyer made a memorable appearance on the A&E television show, Duck Dynasty, and featured a camouflage-decorated limousine in a race on the show. In June 2019, Bowyer was a color commentator for the Fox NASCAR broadcast of the Xfinity race at Pocono. Part of a Cup drivers-only coverage, he worked alongside Kevin Harvick and Joey Logano in the broadcast booth.
Links: en.wikipedia.org
27,747 views

I cant get it to correctly make a thumbnail in order to submit it myself.