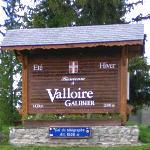 The pass links Saint-Michel-de-Maurienne to the north and Valloire to the south, as well as forming an access point to the col du Galibier via its north face.

The route is often used during the ascent to Col du Galibier in the Tour de France, and is thus popular with cyclists.
Links: en.wikipedia.org
490 views