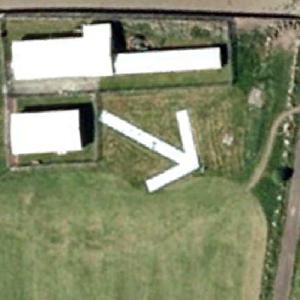 This arrow is located in the town of Musselburgh near Edinburgh and points out towards the Fifth of Forth. Target ships were placed out in the water and the arrow would guide bombers out towards the targeted ships. Two midget submarines were also used as targets and their wrecks are visible during low tide.
Links: www.urbanghostsmedia.com
820 views