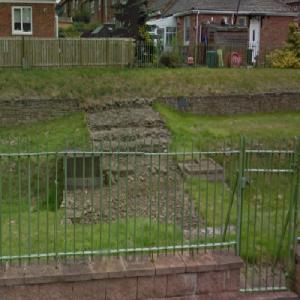 Most of the fort has been demolished and modern houses are built on the site. However, there are small remains of fort among the modern buildings. One them being a temple and the other being some foundations from another section of the fort.

Seen here, are the remains of an old crossing within the fort.
Links: en.wikipedia.org
262 views