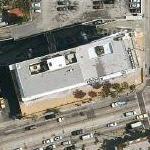 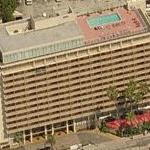 Jim Morrison once lived here until he was reportedly evicted by management for hanging out a window by his fingertips, dangling over the pavement.

Room 1015 bears the distinction of being where Rolling Stones guitarist Keith Richards dropped a TV out the window.
Links: en.wikipedia.org
2,610 views