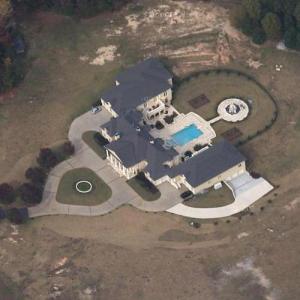 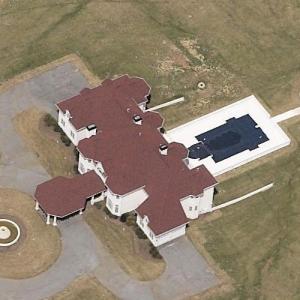 A teacher, pastor and author, Creflo Dollar’s net worth is $27 million.
His earnings come both from his books and his ministry. His books include “Understanding God’s Purpose for the Anointing,” “Claim Your Victory Today,” and “8 Steps to Create the Life You Want.” His ministry includes the message that “it is the will of God for you to prosper in every way.” He has become known for his lifestyle, which include this home – purchased in 1999 for $1.1 million according to public records – as well as a $2.5 million home in Manhattan, which he has since sold. He also has two Rolls-Royces and a private jet.

In addition to his books, Creflo Dollar also publishes “CHANGE” magazine, a quarterly international publication reaching almost 100,000 people. “The Max” is his bimonthly newsletter for minister and ministry leaders. He also launched a convention tour in 2013.

Creflo Dollar started his church as World Changes Ministries Christian Center in his hometown of College Park, GA near Atlanta with a small congregation of eight people – gathered in a school cafeteria. Later, he moved the congregation to a chapel, then to the $18 million World Dome – reportedly built without bank financing. The church was reported to have $69 million in gross cash collections for 2006. The Loews Paradise Theater in The Bronx – a New York City Landmark – was leased in 2012 as additional location.

He has refused to disclose his salary and was part of an investigation of several ministries by the Senate Finance Committee, led by committee chairman United State Senator Chuck Grassley of Iowa. The probe, which included five other televangelists, was contested by Dollar, who argued the IRS was the entity appropriate to examine religious groups.