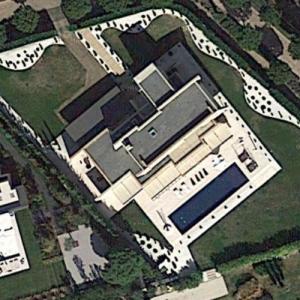 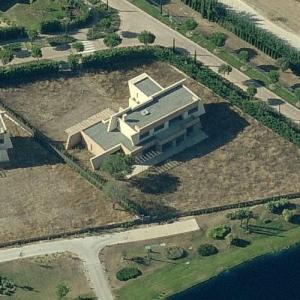 His career began in Portugal, playing as a youth player for Andorinha, then C.D. Nacional and making a move to Sporting CP before catching the eye of Alex Ferguson, the storied manager of English Premier club Manchester United, for whom he was signed in 2003. He became the world's most expensive player when he moved from Manchester United to Real Madrid in 2009 in a transfer worth £80 million (€94 million/$132 million) with a buyout clause that is valued at €1 billion. His accomplishments on the pitch include three FIFA Ballons d'Or, three European Golden Shoe awards the title of the best Portuguese player of all time named by the the Portuguese Football Federation, and several club trophies. In May 2012, he become the first footballer to score against every team in a single season in La Liga.

Ronaldo's skill on the pitch and good looks have made him into one of the most marketable athletes on the planet. He is "spokesmodel" for Emporio Armani men's underwear and jeans, endorsed by Nike (where he has created signature shoes), and done advertisements for Coca-Cola, Castrol, Konami, Banco Espirito Santo, Motorola, Jacob & Co., KFC, Tag Heuer, Fly Emirates, Samsung and Sacoor Brothers. Forbes has rated him one of 'The World's Highest-Paid Athletes' with total earnings of $80 million over a 12-month period. Cristiano Ronaldo's net worth is approximately $250 million

This home, located in the exclusive La Finca gated community, is rumoured to be the new home of the Real Madrid Football star.
Links: hemeroteca.vozlibre.com
255,062 views

Anonymous
@ 2013-02-14 00:22:28
it seems that this mapped house is not Christiano Ronaldo's house.
this is the correct house:
http: //virtualglobetrotting.com/map/cristiano-ronaldos-house-3/

BermudaBreeze
@ 2015-05-07 23:50:58
why oh why are these description changes being allowed. There is a wiki link if a detailed Bio is of interest...This revised description adds no value......Please leave my maps alone..

Anonymous
@ 2016-02-22 12:29:35
Instead of complaining, BermudaBreeze, you should rather make sure you post correct information. Is this or is this nor Cristiano Ronaldo’s house? That’s the most important thing.