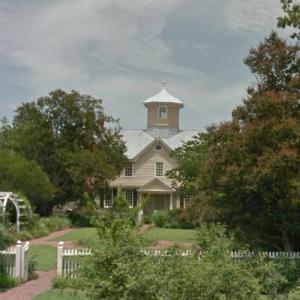 The house is 2.5 stories and was originally situated on a very spacious lot extending to the Edenton Bay. The property was owned by a succession of merchants, including Richard Sanderson, a shipowner. Francis Corbin bought the lot in 1756 and built the current residence.
Links: en.wikipedia.org
820 views