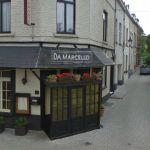 The executive was shot three times, once as he lay on the ground, after leaving the Da Marcello restaurant in Rue de Beyseghem at around 10pm on Oct 14.

His wife, Mary, was left beaten and covered in blood. Mr Mockford died on the way to hospital.
Links: www.telegraph.co.uk
542 views