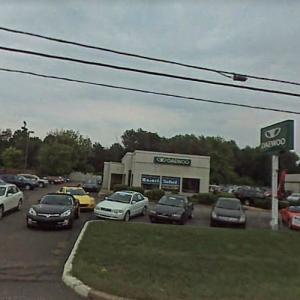 Notice that there's a Saturn Sky among the multitude of used vehicles for sale; did you know Daweoo made a badge-engineered version of it known as the G2X for the South Korean market?